Configure the Vaio for Network booting 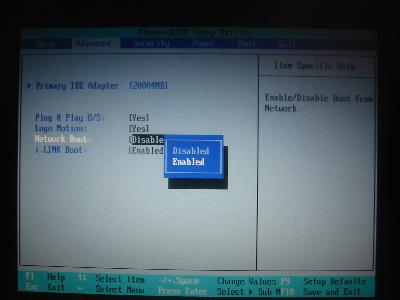 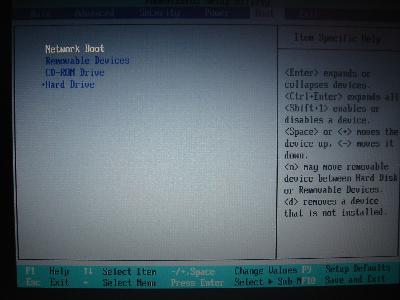 I’ve already got DHCP working on my network, so all I had to do was add the host joplin block to my /etc/dhcpd.conf file:

You’ll need to install a suitable TFTP daemon. apt-get tftpd-hpa is good for this. It works well with PXE. It’s configured to run from /etc/inetd.conf.

You’ll also need to install Syslinux to get the default boot images. apt-get syslinux will work for this. After you’ve done this, you’ll need to copy the /usr/lib/syslinux/pxelinux.0 file to /tftpboot.

You’ll need an NFS server as well. I’ve already got one correctly configured, so I’m not going to explain it here.

Now, when you power on your Sony Vaio, you should see it grab an IP address and boot from the image files stored on your server.

After doing all that, you should be left at a login prompt on tty1. Enjoy.

Reboot to check that it all comes back up. exec shutdown -r now

During the previous reboot, you’ll notice that it failed to configure the network. This is because it doesn’t know which driver to load. Also, it’s still configured for manual configuration. We should fix this now.

Log in as root again, and add the following line to /etc/modutils/aliases:

Run update-modules to rebuild /etc/modules.conf. To configure for DHCP, edit /etc/network/interfaces and replace the eth0 block with the following: